President Muhammadu Buhari has arrived Nigeria after his United Kingdom trip which saw him travel on a private visit.

The president’s return was tweeted by one of his aide, Lauretta Onochie around 10: 19pm on Friday, November 15.

Recall that Legit.ng had reported that Buhari was expected to arrive the country today.

Legit.ng had also reported that the president’s flight took off from Stansted Airport, London, around 3:00 pm.

The president had travelled to London after attending the Economic Forum of the Future Investment Initiative (FII) in Riyadh, Saudi Arabia.

The president left Nigeria on Monday, October 28, for the economic forum in Saudi Arabia and from there procedded to the UK.

Also recall that Legit.ng reported that Buhari met the Archbishop of Canterbury Justin Welby at the Lambeth Palace in London.

Legit.ng reported that the meeting between the Nigerian leader and the archbishop was disclosed by the presidency in a twit on Sunday, November 10.

This was however not the first time Nigerian president and Archbishop Welby would be having a meeting.

The clergyman visited Buhari during the period where he traveled to London for medical treatment.

Meanwhile, recall that Legit.ng compiled a list of the times President Buhari had traveled out of the country on private visits or for vacation since he was elected as the president of the country.

LONDON (Reuters) – Boris Johnson, the Brexiteer who has promised to lead Britain out of the European Union with or without a deal by the end of October, will replace Theresa May as prime minister after winning the leadership of the Conservative Party on Tuesday.
His convincing victory catapults the United Kingdom towards a showdown with the EU and towards a constitutional crisis at home, as British lawmakers have vowed to bring down any government that tries to leave the bloc without a divorce deal.

Johnson, the face of the 2016 Brexit referendum, won the votes of 92,000 members of the Conservative Party, almost twice as many as his rival, Foreign Secretary Jeremy Hunt.

May will leave office on Wednesday after going to Buckingham Palace to see Queen Elizabeth, who will formally appoint Johnson.

“We are going to get Brexit done on Oct. 31, and we are going to take advantage of all the opportunities it will bring in a new spirit of ‘can do’,” Johnson, 55, said after the result was announced.

“Like some slumbering giant, we are going to rise and ping off the guy-ropes of self-doubt and negativity.”

Johnson said the mantra of his leadership campaign had been to “deliver Brexit, unite the country and defeat (opposition Labour leader) Jeremy Corbyn – and that is what we are going to do”.

Victoria Obaze, a Nigerian from Imo State made history on Wednesday, May 15, after she was sworn into office as the first black female Civic Mayor of London Borough of Tower Hamlets, United Kingdom (UK).
The News Agency of Nigeria (NAN) reports that Obaze’s inauguration on Wednesday, May 15, is the latest in turn of events that have seen Nigerians emerge as Mayors in their area councils of residence in the UK.

It will be recalled that Mr Ernest Ezeajughi, and Mrs Kate Anorue, both from Anambra State, were recently sworn into office as Mayors of London Borough of Brent and Enfield, respectively.

Obaze who contested three previous councillorship elections in 2010, 2014 as well as 2016 and failed, eventually succeeded in an election conducted on May 5, 2018 in Whitechapel Ward.

She later became the Council’s Deputy Speaker following her nomination by her Councillor Colleagues from where she took over the mantle as Mayor of London Borough of Tower Hamlets.

A statement containing brief history of Obaze obtained by NAN from her close associate and UK Chapter Coordinator, Ugonwanne Social Club Nigeria Int’l, a Nigerian socio-cultural group in UK, Ms Blessing Chijekwu, revealed that the newly sworn-in Mayor had lived in Borough for over 30 years.

“For Councillor (Cllr) Obaze life is all about service to humanity with diligence. Her political experience started when she was elected as one of the board of directors to oversee the regeneration of her area, the Ocean Estate, in the 1980s.

“The move motivated her to get into politics having noticed that there were no black women in the council chambers and this led her to open a project named Healthy Life Style for Stepney Women, East London.

“The project was funded by local authority through Ocean African Caribbean Association which she and her late husband Chief Evangelist Charles Obaze, co-founded.

“She also established Ocean Saturday School aimed at ensuring school attainment for children, as well as Ocean Football Club through which young boys were able to have residential football experiences with Chelsea football Club.

“Above all, Cllr Obaze loves God with a passion; she is a member of Parochial Church Council (PCC), as well as an Executive Council member at St Dunstan’s Church of England Parish in Stepney.

“She is also a Secondary School governor in Tower Hamlets and a habitual visitor to the elderly and physically challenged in the community,” the statement quoted Chijekwu as saying.

The statement also quoted Lolo Ngozi Nwanze, President, Ugonwanne Social Club Nigeria Int’l as saying that Obaze was chosen as life matron of the club because of her meekness and morality.

“These are the virtues that have brought her to where she (Obaze) is today.”

She also has certification in childcare which enabled her operate a registered charitable childcare centre in UK named Vicharles Play Centre.

Meanwhile, Legit.ng previously reported that Nigerian UK-born Fiona Onasanya has been removed from office as a member of the British parliament through a recall petition.

Onasanya was sacked as a representative of Peterborough after her conviction over over-speeding offence which she lied about.

The 35-year-old former member of the parliament who was jailed for speeding offence was ousted out after 19,261 constituents Peterborough City had signed the petition against her presence in the parliament. 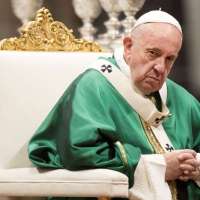