It is easy to see why Wizkid has become not just a star on the continent but one embracing headlines on the global stage.

The Star Boy held the first of his two end of the year Lagos concerts on Wednesday night, December 19, 2018, at the Eko Hotel and Suites.

The stage at the Convention centre was set up to world standards in terms of lighting and production with full-sized video screens that transformed the hall into an amphitheatre. 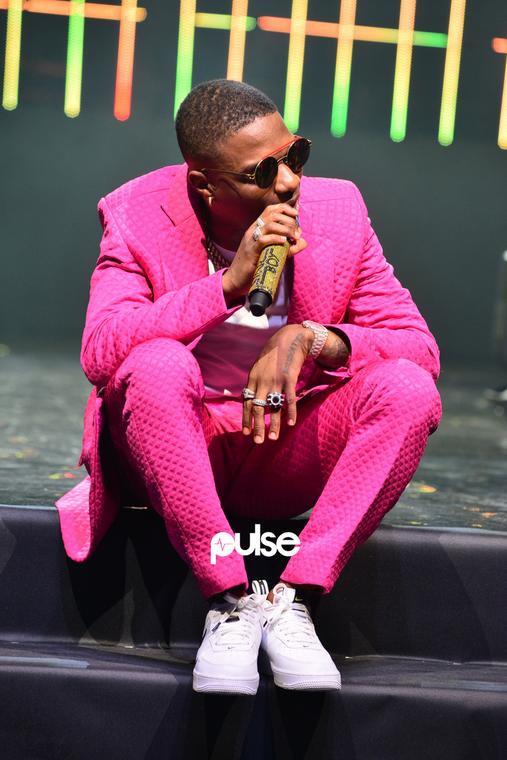 The concert was tagged as an exclusive event where tables had been sold for as much as N3m, so it was no surprise to find in the gathering a number of top industry personalities from Shina Peller to Kenny Ogungbe, Banky W and more.

The crowd which were fast gathering in their numbers filling up the hall were left in the hands of hype man Do2dtun and DJ Neptune as the concert witnessed a lengthy delay in kicking off.

Few minutes close to midnight saw the host on the night, Basketmouth take to the stage to officially kick off proceedings. 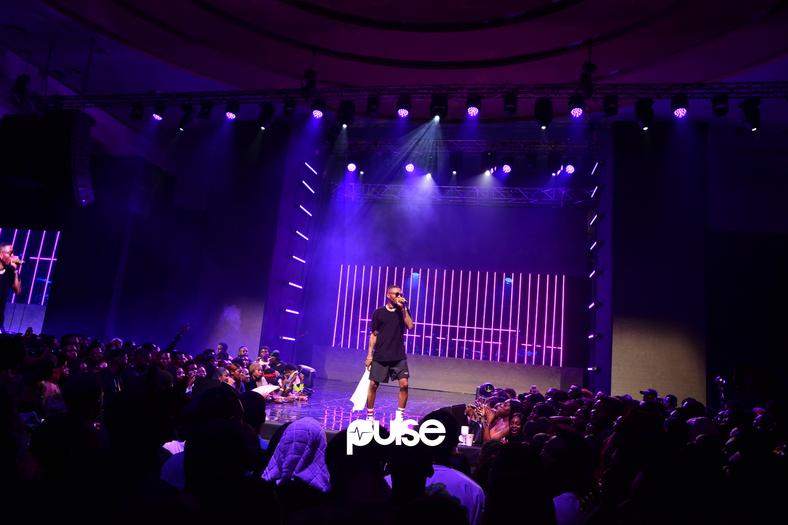 Wizkid thrills the crowd at his VIP Live event

Leading the line-up of performers on the night were rising talents, Dotman who got the crowd singing to his single, ‘Akube’, while singer Flash also enjoyed a bit of the spotlight.

Basketmouth’s reappearance on stage was to announce the arrival of the Starboy, who preceded by a group of female dancers hit the centre of the stage dressed in a pink jacket and matching pants to the sounds of ‘Sweet Love.’

”Today, it’s a different kind of show and I just want you to enjoy it”, he promised before doing his best to put up one helluva show.

His opening set featured songs like ‘Fever’ and ‘Come Closer’ but something was off on the night and Wizkid could sense it as he performed.

The crowd closest to the stage arranged in tables stayed on their seats while those in the regular section tucked at the rear made the loudest noise.

Considering the howls of delight, and the almost deafening levels of crowd noise and excitement that punctuated his set, it was obvious that the fun belonged largely to those farthest away from the stage.

Wizkid then caused a bit of uproar reminiscent of what he did at his concert last year when he asked that the fans at the regular section be brought to the front of the stage, but this time he begged them not to jump on the tables.

At that point, there were no more tables or regular, section barriers had been broken and everyone was a member of the Starboy FC.

This time he got the energetic reaction he sought as he belted more songs from his long list of old and recent bangers including ‘Daddy Yo’, ‘Tease Me’, ‘Baba Nla’ and ‘The Matter’ introducing Maleek Berry on stage.

The second half of his set saw him in a changed outfit as the infectious rhythm of ‘Manya’ hit the speaker. His dancers led by Kaffy added color to his set with their consistently changing attires especially the traditional looks that matched his mood when he performed ‘Pakurumo.’

The next few minutes witnessed a number of supporting performances from Chinko Ekun who brought the building down with his viral record, ‘Able God’ to Tiwa Savage who he described as a ”very special woman” before they both performed ‘Malo’. 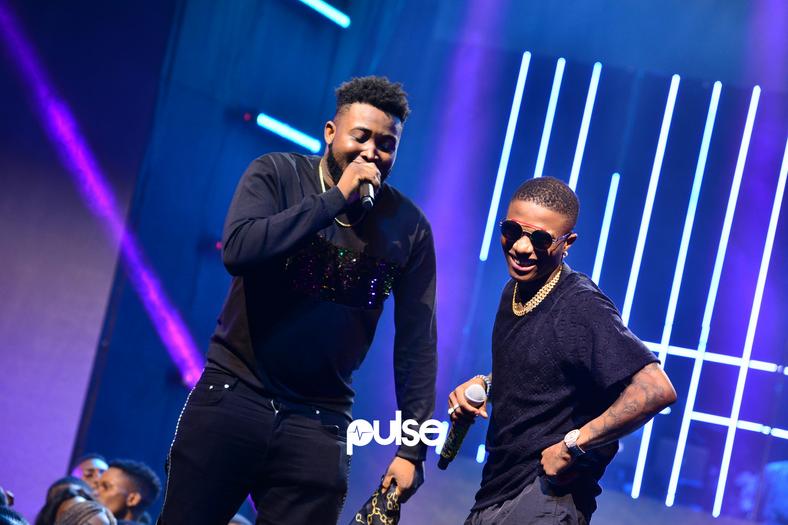 Wizkid and Chinko Ekun on stage at the Exclusive Live concert 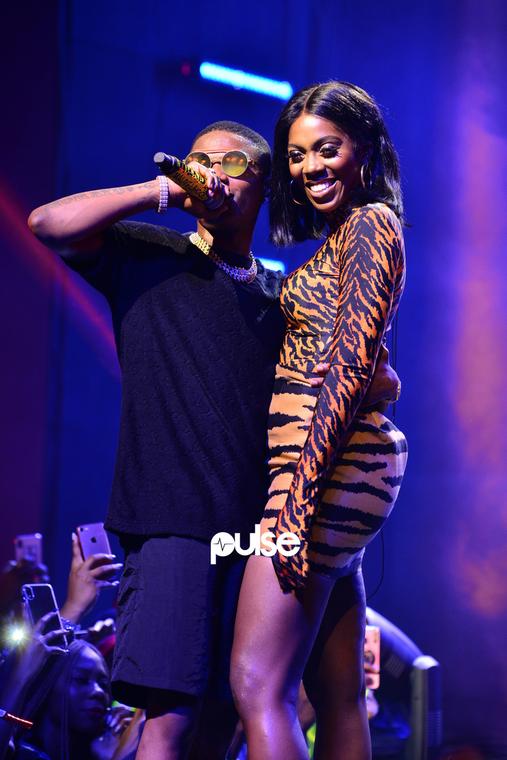 One of 2018’s biggest success stories, Teni also joined him on stage as they delivered a medley version of her hit single, ‘Case’ while Dammy Krane was on hand to pray his way into the hearts of fans with the classic anthem, ‘Amin.’

Completing the line-up of supporting acts on the night was UK based rapper Skepta as they chased away every form of ‘Bad Energy.’ 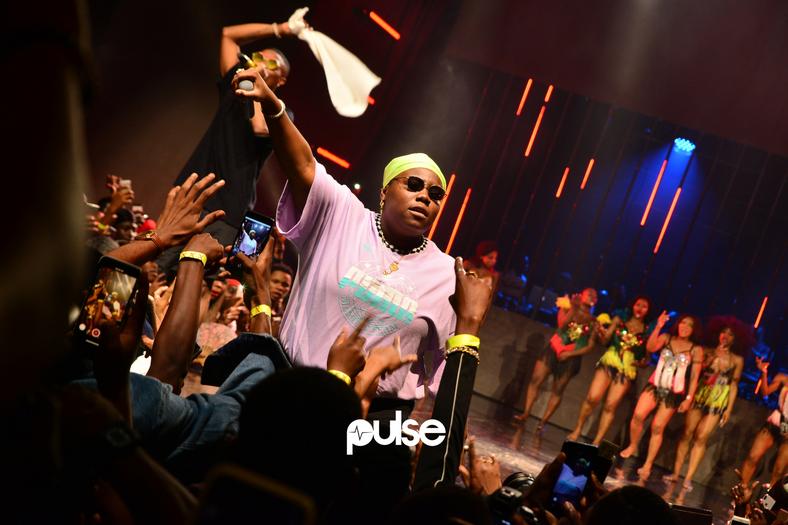 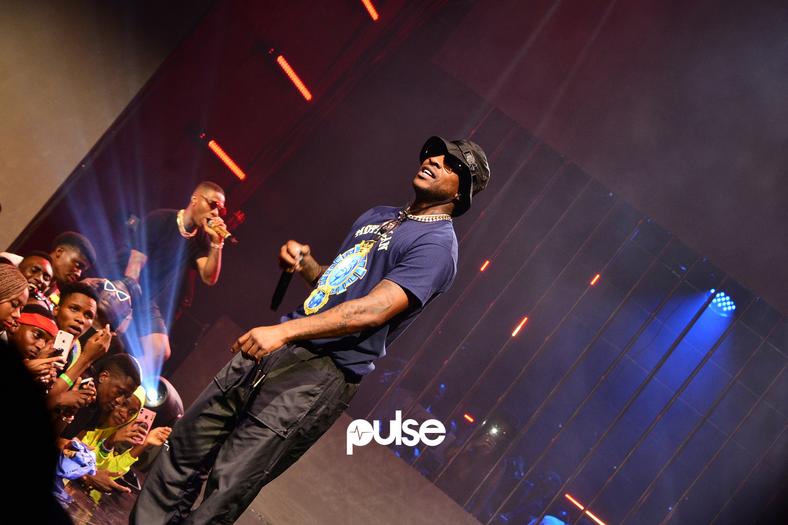 At this stage, the energy in the crowd was fizzling out as yawns rented the air, with Wizkid closing the show running through his biggest hits from ‘Fake Love’ to ‘Ojuelegba’ and ‘Soco’performed alongside his Starboy Crew.

Despite the initial hurdles, Wizkid was hellbent on making this a night to remember for his fans, covering every inch of the stage, showing off his Zanku steps and shaking the hands of those closest to the stage.

And as the lights went off at the concert venue in the early hours of Thursday morning, it was evident that the Starboy had succeeded in putting on a good spectacle to further cement his royal status and give the crowd an experience befitting of a VIP.